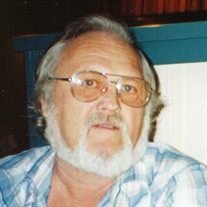 Thomas "Tom" Tisher, 84, of Green Bay, passed away February 18, 2022. Born on July 5, 1937, he is the son of the late Edward Tisher and Evelyn Cleery. He married the former Linda LaFave in Green Bay. Tom was a truck driver for Schneider National... View Obituary & Service Information

The family of Thomas "Tom" Tisher created this Life Tributes page to make it easy to share your memories.

Send flowers to the Tisher family.