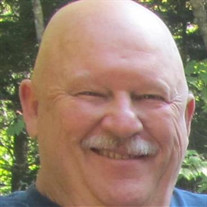 Thomas Patrick “Tom” Chase, 70, died unexpectedly on February 1, 2018, while skiing in Utah with some of his closest friends. Tom was born on December 26, 1947, in Coeur d’Alene, ID, and spent his childhood in many different towns throughout Wisconsin. He and Sharon Rosandich eloped in Seattle on August 5, 1969, before returning to Wisconsin and eventually settling in Green Bay in 1978. Tom got his associate’s, bachelor’s, and master’s degrees from Cardinal Stritch University in Milwaukee. He spent most of his career at AA Electric as a regional sales manager. He retired in 2005, but with no desire to take it easy; relaxation was not his strong suit. He filled every waking hour with his family, friends, and passions. Outside of work, Tom coached Co-Care Little League baseball for 12 years in the ’70s and ’80s, and taught motorcycle safety for almost 20 years in the ’80s through ’00s. In retirement, he was deeply involved in the administration of the WisConservation Trail Riders and the UW-Green Bay Lifelong Learning Institute. Tom was truly the consummate host; he took pleasure in caring for anyone who stepped into his home, whether it be to watch a Packer game, enjoy Celtic music over some wine or whiskey, or savor one of his divine meals (ah, the ribs). Tom had a real zest for life and a plethora of hobbies, including downhill skiing, motorcycling, garden railroading, flying kites, gourmet cooking, traveling (especially on Route 66), horticulture (as evidenced by his beautiful orchid collection), playing games and cards (especially Sheepshead), and woodworking (he had just finished building exquisite bedroom furniture). The common thread in these activities was the camaraderie Tom shared with friends and family or the pride in knowing that sharing his knowledge or handiwork would bring joy to others. He is survived by his wife of 48 years and eternal love, Sharon; his eldest son Tim (Karla) and granddaughter Abby (21), of Beaver Dam, WI; his youngest son Jack (Nicki) and grandchildren Maya (4) and James (2), of St. Paul, MN; his sister Carol (Al) Schumann, of Sussex, WI; his sister Kathy (Mike) Tate, of Okinawa, Japan; his step-brothers Kim Stoker, of Chassell, MI, and Joe Stoker, of Merrill, WI; and many in-laws, nieces, and nephews. Tom was preceded in death by his father, Jack Chase, and mother, Avis Chase (Moss). Visitation will be held on Saturday, February 10, 2018, at Malcore (West) Funeral Home, 1530 W. Mason St., from 9:00 a.m. until the time of the memorial service. Memorial service 12 Noon Saturday. In lieu of flowers, donations to the Green Bay Salvation Army, St. John the Evangelist Homeless Shelter, or Tank School of Green Bay would be appreciated. The next time you have a drink, please raise your glass to Tom. Tom’s friends and family miss him terribly, but we’re thankful for knowing his generous heart. His was truly a life worth living, and worth celebrating; his 70 years teemed with love and adventure.

The family of Thomas P. Chase created this Life Tributes page to make it easy to share your memories.

Send flowers to the Chase family.