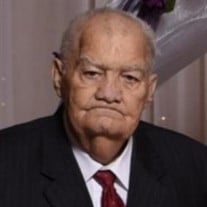 Theodore “Ted” G. Bruening, age 77, beloved father and husband, passed away peacefully at his Green Bay home on Dec. 9th 2018 after a long, courageous battle with cancer. He was born on Feb. 24th 1941 to John and Lucille Bruening. Ted was the youngest of 10 children, all who, along with his parents, had preceded him in death. His family takes great comfort in knowing that they are all reunited in Heaven. Ted married his wife, Kathleen (Huens) Bruening on Nov. 9th, 1963 and recently celebrated 55 years of marriage. They have 3 sons and a daughter, 13 grandchildren, and 5 great-grandchildren. He entered the US Army after graduation from Green Bay East High School and proudly served 32 months in Germany as a Military Police Officer. He also served for many years with the Wisconsin Army National Guard in Green Bay, obtaining the rank of Sergeant. Theodore retired from the United States Postal Service in 2001 with 37 years of service. He was proud to be a member the American Postal Workers Union. In his younger years, Ted was a member of the Boy Scouts where he achieved Eagle Scout with gold star and silver voyager. He also dedicated time with the American Red Cross, donating blood, taking courses in first aid and CPR and always sharing his obtained skills with others. Theodore enjoyed spending time with his family. Whether it was camping, hunting or bowling, these were always activities he loved to do together as a family. He always found time to assist family and friends, and was always there to help anyone in need. Whether it was for his family, his country and state, or for a friend, Ted exemplified the meaning of selfless service and sacrifice for others. He will be greatly missed by his family and all that knew him, as well those he proudly served with at work and his in military career. Theodore is survived by his wife Kathleen (Huens) Bruening; his sons: Dane Bruening, Bernard Bruening (Jane), Timothy Bruening; his only daughter Annette Arcand, all from Green Bay; 13 grandchildren and 5 great-grandchildren. He is also survived by his brother and sister-in law Craig and Marlene Ama and their family in Stoughton WI.; many nieces, nephews and cousins. Theodore was preceded in death by his parents, John and Lucille Bruening; 4 brothers: Edgar and his wife Viola Bruening, Gerald Bruening, Wayne Bruening, and James Bruening and his wife Pauline Bruening. He was also preceded in death by 5 sisters: Gertrude Anderson and her husband Clayton Anderson, Ruth Bruening, Beatrice Kaster and her husband Henry Kaster, Bernice Wendricks and her Husband Tom Wendricks, and Jeanette Roloff and her husband Eddie Roloff. He was further proceeded in death by his mother and father-in-law Bernard and Catherine Huens, as well as many other relatives. Family and friends are invited to visit at Malcore (East) Funeral Home on Thursday, December 13, 2018 from 5 p.m. to 8 p.m. A Prayer Service will follow at 8 p.m. followed by military honors. Ted will be laid to rest at Nicolet Memorial Gardens. Donations to the family are appreciated. The family would like to thank the caring nursing staff of Aurora Hospice, his doctors and other nursing staff for their kindness and compassion during his illness and at the time of his passing, as well as our immediate family members who took care of his daily needs. A special thank you to Gerald Dorff for the constant assistance during our father's long illness. You fought so hard Dad, your battle is over. Rest in peace. Malcore (East) Funeral Home and the V.E.T. Program are serving the family.

The family of Theodore "Ted" G. Bruening created this Life Tributes page to make it easy to share your memories.

Send flowers to the Bruening family.