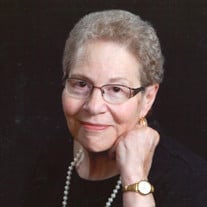 PLEASE NOTE: THERE IS A CHANGE IN DATE OF FUNERAL; Suzanne C. (Campbell) Pitts, 75, Green Bay, unexpectedly left us to be with her Lord and Savior on Wednesday morning, December 22, 2021. Her family was by her side as she passed away peacefully. Born December 03, 1946, in Richmond, VA, she is the daughter of the late Col Jim and Viola (Mayer) Campbell. Sue married Curtis D. Pitts, Jr., on September 2, 1967, in Virginia. Curtis then embarked on his military career after which the young couple re-located several times and started their family. While based in El Paso, their first daughter, Kristin, was born. Their beloved little girl, at the young age of three and half years old, passed on to be with her heavenly Father. After that, the couple eventually settled in Tuscaloosa, AL where both Sue and Curtis raised two beautiful daughters. Sue obtained her Masters in Social Work from the University of Alabama. Following her post-graduate education, she was employed with the State of Alabama as a Child Welfare worker where she made a significant impact on the many children and families she served. Sue proved to be a wonderful mom to her daughters while balancing a career. In 1994, the family moved to Iron Mountain. There, Sue continued her career by caring for others, including our nation’s veterans, until her retirement. Sue was very passionate about the education, treatment, and support of those suffering from mental illness. Sue was a devoted Christian throughout her life, always loving her Lord deeply. It was so important to her to raise her children to know Him. Sue was always active in the churches where she was a member. In addition, building strong leadership skills within women was very important to Sue which led to her involvement in her daughters’ troops as a Girl Scout Troop Leader. Sue enjoyed reading, camping, and backpacking. She and her family spent most of their vacations in the refuge of the Smoky Mountains. Sue also loved animals, especially her cats and dogs. Sue is survived by her loving husband, LTC Curtis Pitts, Jr., of 54 years; two daughters, Jennifer King, Arlington, VA and Stephanie (Craig) Imeson, Green Bay; four grandchildren, Jacob King, Caiden, Emery, and Gavin Imeson; one dear sister, Jane (Ron) Cott, Kansas City, KS; Curtis's extended family; many nieces and nephews. She was preceded in death by her daughter, Kristin, and her parents Col Jim and Viola Campbell. Family to receive friends and family at Life Bridge Christian Church, 2496 Glendale Ave. Green Bay, on Saturday, January 15, 2022, from 1pm until the time of the service. Celebration of Life service will be at 2:00pm Saturday, January 15, 2022, at the church. Malcore (West) Funeral Home is serving the family. The family would like to extend their heartfelt gratitude to Grancare Nursing Center for their dedicated and loving care of Sue. In addition, they would like to acknowledge Dr. Dave Ferguson and Marggie Hatala RN, of IKOR Midwest, who were instrumental in Sue’s health management over the last several years as well as providing her family with incredible support throughout that time.

PLEASE NOTE: THERE IS A CHANGE IN DATE OF FUNERAL; Suzanne C. (Campbell) Pitts, 75, Green Bay, unexpectedly left us to be with her Lord and Savior on Wednesday morning, December 22, 2021. Her family was by her side as she passed away peacefully.... View Obituary & Service Information

The family of Suzanne C. Pitts created this Life Tributes page to make it easy to share your memories.

PLEASE NOTE: THERE IS A CHANGE IN DATE OF FUNERAL;

Send flowers to the Pitts family.