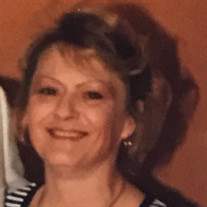 Athelstane - Susan (Lepak) Erieau, 72, passed away peacefully on Monday, January 20th with her family at her side after a courageous battle with cancer. She was born to the late Anthony & Pat Lepak on August 6, 1947 and was raised in Green Bay. Sue graduated from West High School in 1965. She married Steve Erieau on December 16th, 1980. They resided in the Dykesville, WI area where they raised 4 children. The couple owned and operated the S&S Ridgeview bar for 38 years together. Sue also worked at Packerland Packaging from 1991 until she retired in December of 2014. After retirement, Sue and Steve moved to the Crivitz area to their cabin in the woods which they built and improved together over the years. She loved her gardens and planting flowers all around the cabin. Most of all, she enjoyed her time watching the wildlife and spending time with her family. Sue loved to laugh and the stories she told ensured everyone around her laughed too. Sue is survived by her husband, Steve; her children Jeff Van Frachen and fiance Laurie Young, Lisa Byrd and husband Charles, Jessie Van Frachen and fiance Jackie Vanden Heuvel, Todd Erieau and wife Tina; sisters Tina Skenandore and husband Cecil, Carol Van Frachen; brother Larry; brothers-in-law Mark Erieau and wife Karen, Terry Erieau and wife Alice; father and mother-in-law Wilfred and Betty Erieau; ten grandchildren Allysa, Josh, Kristy, Jake, Cory, Jared, Nathan, Logan, Wyatt and Austin; two great-grandchildren Kennedy and Adalyn. She was preceded in death by her parents, Anthony & Pat Lepak; brother Donnie; sister Gloria; sisters-in-law Beverly and Renee; and brother-in-law Butch. The family would like to specifically thank Dr. Dhimant Patel and the entire Lombardi Cancer Clinic for their care and support throughout Sue's 16-year fight. The compassion and friendship shown by Dr. Patel and his team meant the world to Sue and the entire family. Words alone cannot convey the gratitude we have for all of you. Visitation at Malcore (East) Funeral Home, 701 N. Baird St., Saturday, January 25th from 2:00pm until the time of the memorial service at 6:00pm with Deacon Bill Burkel officiating.

Athelstane - Susan (Lepak) Erieau, 72, passed away peacefully on Monday, January 20th with her family at her side after a courageous battle with cancer. She was born to the late Anthony & Pat Lepak on August 6, 1947 and was raised in Green... View Obituary & Service Information

The family of Susan M. Erieau created this Life Tributes page to make it easy to share your memories.

Send flowers to the Erieau family.