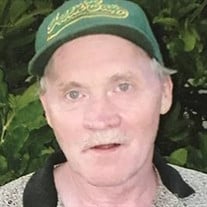 The family of Roger H. Coppersmith, Sr. created this Life Tributes page to make it easy to share your memories.

*DATE OF VISITATION AND SERVICE HAS CHANGED TO THURSDAY, JULY...

Send flowers to the Coppersmith, family.