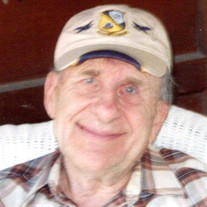 In the loving memory our beloved Dad, Ralph Emil Schade, 86, who fought a courageous battle to live right up to the moment he went to heaven on Tuesday morning, Sept. 19, 2017 at the Jack and Engrid Meng Residence of Unity Hospice. Born Feb.... View Obituary & Service Information

The family of Ralph E. Schade created this Life Tributes page to make it easy to share your memories.

In the loving memory our beloved Dad, Ralph Emil Schade, 86,...

Send flowers to the Schade family.