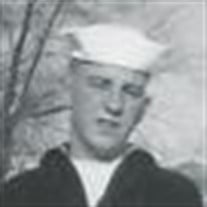 Neil Joseph Heath, 75, Green Bay, passed away Monday, October 14, 2019, at a local nursing home. He was born August 7, 1944, in Green Bay, son of the late Lyle and Mary (Gillette) Heath. Neil graduated from Green Bay East High School in 1961, and proudly served his country in the United States Coast Guard from 1962 to 1966. He worked at Green Bay Packaging as a Machine Operator for 39 years. Neil was a member of Blessed Sacrament Church, and he enjoyed hunting, fishing, coin collecting, and the Packers. He was also a member of the NRA. Survivors include his 2 daughters, Brenda Nowack and Susan Heath, both of Green Bay; and a sister, Jean (Jerry) McNamara, of Green Bay. Neil was preceded in death by his parents; sister, Joanne Heath; and 2 brothers, James and Bruce Heath. Family and friends may visit Malcore (East) Funeral Home, 701 N. Baird St., on Thursday, October 17, 2019, from 11 a.m. until the hour of funeral service at 1 p.m., with Fr. Mike Scolare officiating. Entombment will be in the Shrine of the Good Shepherd Mausoleum. Online condolences may be expressed at www.malcorefuneralhome.com.

The family of Neil Joseph Heath created this Life Tributes page to make it easy to share your memories.

Send flowers to the Heath family.