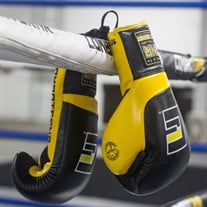 Mohamed Ibrahim, 51 Green Bay, Wisconsin passed away unexpectedly on Monday, January 17, 2022. He was born on October 27, 1970, in Mumbai, India, as Ibrahim Mohamed Koya. He started boxing as a young box in India and was very proud of his accomplishments. Receiving numerous medals, championships, and even earned his college scholarship through is boxing. His boxing also afforded him the opportunity to personally meet Muhammad Ali when he visited in Mumbai, India. Mohamed traveled extensively to Asia, Europe, the Middle East, and the United States. It was on one of these visits to the United States that he met his wife, Christine (Phillips). Throughout his career, he held accomplished positions from general manager to district sales manager in the advertising, retail, and marketing with companies such as Coca-Cola, Walmart, The Post Crescent, and most recently Mosaic. He was extremely generous and helpful to those around him, especially the Muslim community. He would actually give the shirt of his back for those in need. He enjoyed watching sports such as cricket, soccer, boxing, and especially a huge Packer’s fan. He loved showing hospitality in his home with a welcoming smile, and especially sharing his cooked Indian cuisine. The highlight of his life was his companionship with his German Shepherd, Blade, and thought the world of him. He was preceded death in by his father, Naduvil Koya. Survivors include his mother, Zeenath (Hafiz) Koya (Kuwait), Wife, Christine, 1 daughter, Hannan Ibrahim and 2 granddaughters, Rayann and Rayna (Green Bay), brother, Hafiz Koya and 2 nieces, Fizah and Fazilah (Kuwait). 2 step-daughters, Regina and Rachel Davis; his extended family in India. A service will be held Thursday January 19 at 1PM at the Islamic Center of Wisconsin 720 W Parkway Blvd in Appleton followed by a Burial at Riverside Cemetery. In lieu of flowers please direct donations to the Islamic Center of Wisconsin in Green Bay or Appleton.

Mohamed Ibrahim, 51 Green Bay, Wisconsin passed away unexpectedly on Monday, January 17, 2022. He was born on October 27, 1970, in Mumbai, India, as Ibrahim Mohamed Koya. He started boxing as a young box in India and was very proud of his... View Obituary & Service Information

The family of Mohamed Ibrahim created this Life Tributes page to make it easy to share your memories.

Send flowers to the Ibrahim family.