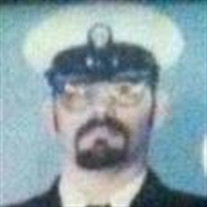 Milton A. Verhagen (Mick), left on his last deployment Friday, November 16, 2018, where his family said goodbye at Bellin Hospital, Green Bay. Mick was born August 25, 1944, at home in the town of Howard, the 3rd child of John and Mae (Brunette) Verhagen. Mick graduated from Pulaski High in 1962. On April 1, 1967, he married Laura Taycher in Green Bay, WI, and together had 3 children: Michael, Taz, and Christine, who gave them 5 wonderful grandchildren. After nearly 22 years, Mick retired from the United States Navy Seabees at Port Hueneme, California. His career took him to many places, including 2 tours in Vietnam where he met Agent Orange which never left him. Mick is survived by Laura, his wife of 51 years; Michael and Becky (Upton), Simi Valley, CA; Taz and Tiffany, Marinette; and Christine and Kevin McClintock, Marinette; grandchildren: Patrick and Stepheney (Schwartz), Simi Valley, and Joseph and Lindsey, Simi Valley; Bailey Moody, Damian Higgins, and Adora Verhagen, all of Marinette. He is further survived by brother, John (Jack) and Karan of Crivitz; sister, Betty (Jim) Dura, Marinette; and many nieces and nephews; his special fur family: Molly, Bella, and Smutz; and his special friends, Hunter and Tiana. And also to remember all of his fellow Vietnam Vets. Mick was preceded in death by his loving parents, John and Mae; in-laws: Norbert and Virginia (Peters) Taycher; sisters-in-law: Alice (White) and Dawn Blohowiak; brothers-in-law: Grant Blohowiak and Olen Buddy Figgins, and far too many Vietnam Veteran’s. The family would like to thank Tara and Sarah of Bellin Oconto ER; Bellin ICU; Dr. Ahuja and the nursing staff; 4th floor staff, OT Debra and PT Anne, and Unity Hospice and volunteers. All of you were so kind and compassionate to us including being generous with your hugs. More importantly, you treated our husband, father, grandfather with all the caring and respect he deserves. A special thank you to Pam and Ben for the last hours, and also to Mark and Jeffree of California for their graciousness to our family. A Memorial service will be held at a future date, and details will be published in a later edition. Malcore Funeral Homes assisted the family. Online condolences may be expressed at www.malcorefuneralhome.com.

Milton A. Verhagen (Mick), left on his last deployment Friday, November 16, 2018, where his family said goodbye at Bellin Hospital, Green Bay. Mick was born August 25, 1944, at home in the town of Howard, the 3rd child of John and Mae (Brunette)... View Obituary & Service Information

The family of Milton (Mick) Verhagen created this Life Tributes page to make it easy to share your memories.

Milton A. Verhagen (Mick), left on his last deployment Friday,...

Send flowers to the Verhagen family.