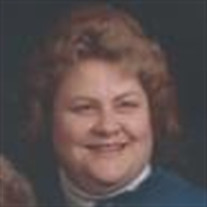 Marianne Watson, 72, of Green Bay, passed away peacefully at her assisted living home with her daughter by her side, on Sunday, December 9, 2018. Marianne was born on Saturday, August 10, 1946 four minutes after her twin brother, Gerald ‘Jerry’ at St Vincent Hospital in Green Bay to the late James and Dorothy Watson. Marianne was a 1965 graduate of West High School in Green Bay. Marianne was truly one of a kind. She had a passion for life, piercing blue eyes and was always one to initiate a warm smile to strangers. She loved making new friends and had a knack for doing it wherever she went. Bold and honest, she was a great story teller with a sharp sense of humor and quick wit. Marianne was an excellent cook and an avid flower enthusiast. She was generous, loyal and a wonderful friend to many. She was great at keeping in touch with family and friends and was always available to talk or offer advice. Marianne had a career in the industrial fasteners industry that lasted well over 30 years. During that time, she sold for Local Products, B Fasteners and for 11 years at MGD Industrial. An anomaly in the field, her work brought her to truck garages, maintenance shops and family farms throughout much of Wisconsin. Marianne proved herself to her customers with her exceptional knowledge of the industry, but her customers became her friends because of her kindness, generosity and grand personality. She attended many of their family outings and would take their phone calls anytime, day or night, with questions about the best product to use. Her customers always said, ‘Call Marianne, she’ll know’. Marianne loved Elvis Presley and her little white convertible. A perfect day for her was driving around in her car with the convertible top down listening to Elvis, visiting the geese at the Wildlife Sanctuary and a stop at Stadium View Sports Bar & Grille, her twin brother Jerry and nephew Bob Watson’s establishment. Marianne was immensely proud of Jerry and his accomplishments and told EVERYONE she encountered about Stadium View. She often said Jerry was the best twin brother a girl could ask for. Jerry preceded Marianne in death by two and a half weeks on Wednesday, November 21, 2018. The twins have now been reunited. Marianne is survived by and will be missed by, her daughter, Deanne Beaumier (De Pere), her two brothers and sisters-in-law, "Jim" (Bonnie) Watson Green Bay, Jack (Debbie) Watson Butte, MT, several nieces and nephews, her dear godson Mark Watson, family friend John Moran, special friend Bill Wobosel, and many friends she had for decades that she considered family and cherished. She is preceded in death by her parents Jim and Dorothy Watson, her twin brother, Jerry Watson, sister-in-law Diane Watson, former husband Daniel ‘Dan’ Beaumier, former husband Brent Blumer and her ‘little girl’ Lele her cat. Marianne’s wishes were for friends and family to gather at Stadium View to celebrate her life. All who considered Marianne a friend and wish to attend are welcome on Monday, December 17th from 4p-7p. In lieu of flowers a memorial fund has been established in Marianne’s name. A special thank you to those that took such wonderful care of her over the last two years including the amazing staff at Allouez Parkside Village and her longtime doctor and great man, Dr. Mark Jenson of Dousman Clinic. Your kindness and love will never be forgotten. Marianne will be deeply missed by friends, family and all who knew her. Her favorite quote was, 'Life is not measured by the breaths we take, but by the moments that take our breath away’. In her honor, may you find those moments with the ones you love.

Marianne Watson, 72, of Green Bay, passed away peacefully at her assisted living home with her daughter by her side, on Sunday, December 9, 2018. Marianne was born on Saturday, August 10, 1946 four minutes after her twin brother, Gerald &#8216;Jerry&#8217;... View Obituary & Service Information

The family of Marianne Watson created this Life Tributes page to make it easy to share your memories.

Marianne Watson, 72, of Green Bay, passed away peacefully at...

Send flowers to the Watson family.