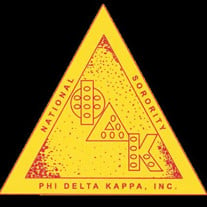 Dr. Margaret Ann Laughlin, Ph.D, died Thursday afternoon, December 28, 2017. Dr. Laughlin was a long-time resident at the Santa Maria Nursing Home in Green Bay, WI. She passed away after a thirteen-year-long battle from the paralyzing effects of failed back surgery. Born in Kansas City, MO, she is the daughter of the late Dr. James F. Laughlin and Frances Meta (Johnson) Laughlin, R.N. Margaret attended Wyman Elementary School in Excelsior Springs, MO, and graduated from the acclaimed high school, Loretta Academy, in Kansas City, MO. She earned her bachelor's and master’s degrees from California State University, Sacramento and her Ph.D from University of Southern California, Los Angeles, CA. Margaret was a member of Phi Delta Kappa which is composed of recognized leaders in the field of education. Prior to serving on the faculty at the University of Wisconsin-Green Bay (UWGB), she was on the faculty of Roseville High School, Roseville, CA, and California State University, Chico, CA. As a tenured full professor at UWGB in the Education Department, Dr. Laughlin served on many University committees, served a term as department chair, was active in the National Council for the Social Studies, co-authored a number of textbooks on the principals of teaching social studies, was an invited presenter at numerous national educational conventions, and was instrumental in mentoring numerous students as they pursued their future as teachers and scholars. In 2004, Dr. Laughlin was awarded a Professor Emerita in Education by the University of Wisconsin-Green Bay. Dr. Laughlin is survived by her sister and brother in-law, Mary and George Mijares of Sacramento, CA; and by the many friends she made while at UWGB. During her stay at Santa Maria Nursing Home, Margaret was blessed by the loving support of her dear and faithful friends, Sr. Ann Keating (Indiana), Patti Jo De Villers, Barbara Downey and the late Sandy Stokes, Ph.D, of Green Bay. The family is especially grateful for the devoted outstanding care, affection and friendship Margaret received from the many staff who cared for her throughout her long residency at the nursing home. At Margaret's request, there will be no service. Malcore Funeral Home and Crematory is serving the family.

The family of Dr. Margaret Ann Laughlin Ph.D. created this Life Tributes page to make it easy to share your memories.

Send flowers to the Laughlin family.