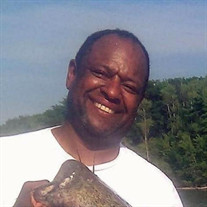 Karl Reeves, 57, of Green Bay, WI passed away unexpectedly, October 3, 2020. Born on April 9, 1963, in Bridgeport, CT, where he spent the majority of his youth. He is the son of the late Joseph D. and Gloria (Noblin) Reeves. Karl was a graduate of Fairfield Country Day School and Notre Dame Catholic High School in Fairfield, CT. A student athlete, Karl was on the football team and track team. Upon graduating from high school, he attended The University of CT for a year and determined that was not for him. He began working in a small local restaurant where he discovered his passion for cooking. Shortly thereafter, he enrolled in Johnson and Wales College in Providence, RI where he graduated with honors, with a degree in Culinary Arts. After culinary school he worked as a chef at several locations including areas in Bridgeport, CT, Minnetonka, MN, and LaCrosse, WI. Karl spent much of his career working in hotels, where he was known for his outstanding culinary skills, kitchen management, and customer service. It was in LaCrosse where Karl met the former Lanette Robinson and they got married on March 27, 2004. After their marriage they moved to Green Bay where he worked in Kiel and most recently in Green Bay at Macco's Flooring. He loved fishing, hunting-especially deer and turkey hunting, and loved being outdoors. He was also an avid football fan, who loved the NY Giants. As a child he and his father enjoyed attending many of their games. Everybody loved Karl! He was a people person who had an infectious laugh and always shared his talent of cooking. Karl is survived by his wife, Lanette; sister, Lynn; mother-in-law, and father-in-law, Donnie and Elinor Robinson; brother-in-law, Chad Robinson; niece, Sonya; faithful companions, Chef and Pokey; and several aunts, uncles, cousins and many close friends Visitation at Malcore Funeral Home, 701 N. Baird St., Friday October 9 from 4PM until 7PM. Visitation will continue on Saturday at the funeral home from 10AM until the time of the service at 11AM. Due to Covid-19 the family kindly requests that all that attend wear masks and practice social distancing. In lieu of flowers a memorial fund as been established. http://gf.me/u/y36cw4

Karl Reeves, 57, of Green Bay, WI passed away unexpectedly, October 3, 2020. Born on April 9, 1963, in Bridgeport, CT, where he spent the majority of his youth. He is the son of the late Joseph D. and Gloria (Noblin) Reeves. Karl was a graduate... View Obituary & Service Information

The family of Karl Reeves created this Life Tributes page to make it easy to share your memories.

Send flowers to the Reeves family.