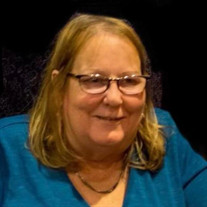 Karen M. Drossart, 61, Green Bay, passed away Friday evening, July 30, 2021, at a local hospital. Born November 1, 1959, in Manitowoc, she is the daughter of the late Lee and Arleen (Stargardt) Leifer. She is a graduate of Manitowoc Lutheran High School, Class of ’78 and later received a degree in accounting. She soon met the love of her life, Dean A. Drossart and the couple was married on July 13, 1979, in Manitowoc and he preceded her in death on October 21, 2000. Karen found great joy in being a devoted wife, mom and grandma. She will be remembered for her enjoyment of waterskiing, bowling, and working crossword puzzles. Karen is survived by her three children, Crystal Drossart (Dawond Sample, Sr.) of Howard, Laura (Thomas) Hill of Texas, and Robert (fiancee’, Breanna Linna) Drossart of Green Bay; seven grandchildren, Javon, Talia, Kiana, Jazmin, Thomas, Jr., Tia, and Tamera; a sister, Pam Leifer of Wautoma; a brother, Jeff (Ann) Leifer in Manitowoc; sister-in-law, Karen Leifer of Manitowoc; Dean’s brothers and sisters, Suzanne (Mike) Holtz, Lawrence (Sandy) Drossart, Shirley (James) Daul, Greg (Ellen) Drossart, Michael (Diane) Drossart, and Lisa (Dan) Rafferty; sister-in-law, Corinne Drossart and many nieces, nephews, great-nieces and nephews, and numerous cousins. She was preceded in death by her parents; her husband of 21 years, Dean; one brother Randy Leifer; father and mother-in-law, Roger and Geraldine Drossart; and a brother-in-law, R. Timothy Drossart; sister-in-law, Lisa Welch. Visitation at Malcore (East) Funeral Home, 701 N. Baird Street, Thursday, August 5, 2021, from 4pm until the time of the service. Funeral Service at 7pm Thursday, August 5, 2021, at the funeral home. She will be laid to rest next to her husband, Dean, in Fort Howard Cemetery. The family extends a special thank you to the caring staff of the ICU of St. Vincent Hospital.

Karen M. Drossart, 61, Green Bay, passed away Friday evening, July 30, 2021, at a local hospital. Born November 1, 1959, in Manitowoc, she is the daughter of the late Lee and Arleen (Stargardt) Leifer. She is a graduate of Manitowoc Lutheran... View Obituary & Service Information

The family of Karen M. Drossart created this Life Tributes page to make it easy to share your memories.

Send flowers to the Drossart family.