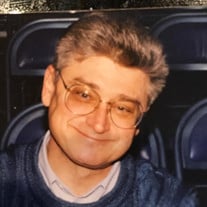 John D. Rasmussen, 75, Green Bay, passed away, Feb. 24, 2019, at a local nursing home. Born in Two Rivers on Aug. 6, 1943, to John C. and Ella (Krieger) Rasmussen. John graduated from UW-Madison and became the first pharmacist at Shopko on Military in Green Bay. He was employed at many drug stores in the area and Two Rivers until his health forced him into retirement. John will be remembered for his funny wit and laughter. He enjoyed many years sailing his boat in the waters of Green Bay. John was also a season ticket holder for both the Badgers and Packers. John loved spending his time building and flying model airplanes with his son, gardening, brewing beer – but cooking was his real passion, and always enjoyed a room of people to entertain. He is survived by his son, Justin Rasmussen, St. Petersburg, FL; his daughters, Nissa (Kevin) Wegienek, Los Angeles, Chelsea Rasmussen, Green Bay, Ellie (James) Smith, De Pere, and Tahlia Hicks, Green Bay;. He also leaves behind two grandchildren, Lucas and Karson; nieces, Kristen, Betchel of Kirkland; nephews, David Bates, Seattle and John Bates, Pensacola. He is preceded in death by his parents and a sister, Caroline Grove. There will be a memorial gathering and reception at The Rite Place, 1580 Bellevue Street on Sat. April 27, 2019, at 5pm. Malcore (East) Funeral Home is serving the family. John’s family extends a special thank you to the caring staff of Parkview Manor Nursing for all their attention that was given to our father.

The family of John D. Rasmussen created this Life Tributes page to make it easy to share your memories.

Send flowers to the Rasmussen family.