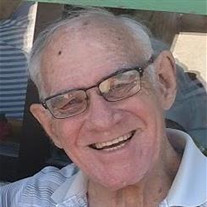 John “Jack” M. Williamson, age 82, of Green Bay, passed away peacefully with his family by his side on Monday, February 18, 2019. He was born January 17, 1937 in New Haven, CT to the late Ivan and Beulah Williamson. He graduated from Madison West High School and then attended Rice University in Houston, TX for two years. During his two years at Rice University, he was a member of the Army ROTC. John graduated from Stanford University with a degree in International Relations. He then attended the University of Wisconsin Law School. Here he became lifelong friends with many fellow law students with last names beginning with W: Waldeck, Wagner, Wimmer, and his twin brother, David Williamson. John did his internship in Wisconsin Dells at Hans and Holland. His first job as an attorney was in La Crosse. It was here that he met his future wife, Eleanor Moody. In 1967, John and Eleanor were married. The couple then moved to Green Bay where John took a job as an Assistant District Attorney of Brown County. He met his friend, Ed Converse while working together at the District Attorney’s office. They opened up their own practice and became law partners. He retired from his law firm in 2008, after 40 years of practicing law. In his retirement, he volunteered for 3rd graders at Langlade Elementary School in support of their reading efforts. He also volunteered at CASA as a court appointed special advocate. He loved sports, went to the YMCA to play basketball and exercise, attended his sons’ sports events, enjoyed reading, and was an expert at crossword puzzles. John is survived by his wife Eleanor; two sons: Ian (Melissa) Williamson of Las Vegas, NM and Eric (Catrina) Williamson of Sturgeon Bay, WI. Further survived by grandchildren: Theodore, Henry, Max (Ian and Melissa) and Dalena (Eric and Catrina); one brother, David (Judy) Williamson of Madison, WI; one cousin, Barb Stillman of Kansas City. John was preceded in death by his parents. Family and friends are invited to visit at Malcore (East) Funeral Home, 701 N. Baird St, Green Bay, on Saturday, March 2, 2019 from 9:30 a.m. to 11 a.m. The Memorial Service will follow at 11 a.m. with Pastor Julie Lange officiating. In lieu of flowers, donations to CASA of Brown County, 414 E. Walnut St #170, Green Bay, WI 54301 (Court Appointed Special Advocacy) would be appreciated. Special thanks to Sue and Jack Whittemore and Mark Converse for their kindness and friendship.

The family of John "Jack" M. Williamson created this Life Tributes page to make it easy to share your memories.

Send flowers to the Williamson family.