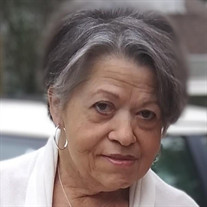 Debra “Deb” (Flaig) LeGros age 70 of Green Bay, passed away on Saturday, January 15, 2022, peacefully at home with family by her side. She was born on January 27, 1951, in Green Bay to the late Gordon and Betty Flaig. She married Nick LeGros on March 10, 1972, and they had three children, Shari, Derek and Colleen. Although they divorced in 1985, they remained friends for over 50 years. Deb attended St. Patrick’s Grade School and graduated from West High School in 1969. She then attended The Wisconsin College of Cosmetology where she received her beautician license. Starting in 1977 Deb managed the De Pere Theatre for several years. She took over management of Sidewinders Country Western bar from 1990 thru 1993. She then moved to Menomonie, WI to manage the State Cinema 4 Theatre until she retired in 2002. During her years in management, she mentored several young people, for many it was their first job and Deb was happy she had a chance to work with them. Deb enjoyed spending time with her granddaughters Cora and Lucy, teaching them how to bake cookies, read and play games. She loved to bake Christmas cookies and treats for the holidays. In addition, Deb also liked to do crafts, grow vegetables in her garden, and trips to tropical places. Deb is survived by her children, Derek James LeGros, Colleen Carolyn/Annelise (David) Treder, grandchildren Cordelia (Cora) Hawkins, Lutessa (Lucy) Treder. She is further survived by a sister, Diane Flaig; brothers, Dave and Dean Flaig; several nieces and many friends. In addition to her parents, she was preceded in death by her daughter, Shari. Visitation will be held on Thursday, January 27, 2022 (Deb’s Birthday) at Malcore Funeral Homes-East (701 N Baird from 10:00 a.m. until 11:30 a.m. followed by a funeral mass at St. Peter and Paul Catholic Church. Deb would like this to be a celebration of her life and requested that attendees wear their favorite colors instead of black.

The family of Debra "Deb" L. LeGros created this Life Tributes page to make it easy to share your memories.

Send flowers to the LeGros family.