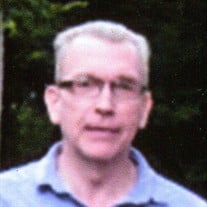 Daniel Bruce Stevens, 68, McLean, Virginia died August 16, 2020 of natural causes. He was born June 1, 1952 in Green Bay, WI to Paul and Enid (Lison) Stevens. Dan graduated from Green Bay West High School in 1971 and attended St. Francis DeSales College in Milwaukee earning a B.A. in philosophy and theology in 1975. He studied music at UWGB for a year and then moved east to resume graduate studies in theology at St. Mary’s Seminary and University in Baltimore earning an M.A. in 1980. Dan completed his Bachelor’s in music at George Mason University in 1991 and began teaching vocal music, music appreciation, and visual art in the Virginia Public School System and schools of the Washington Archdiocese. He retired in 2009 due to health issues. He served as Director of Religious Education at St. Mary’s Parish, Fredericksburg, VA for 4 years and was musical director at several Catholic churches in nearby areas of Maryland and Virginia. In addition to teaching, directing choirs and playing for worship services, for many years he was a pianist for social events, mainly at the Ritz-Carlton Hotel in Pentagon City. Dan was devoutly faithful to the Roman Catholic tradition throughout his life. He was a member of St. Matthew’s Cathedral in Washington, D.C. where the Mass of Resurrection was held September 9, 2020. Dan was preceded in death by his parents, Paul S. and Enid (Lison) Stevens; and his brother, Paul. J. “Jim” Stevens. He is survived by two brothers and a sister-in-law, Kenneth and Timothy and Debra; and his sister-in-law, Betty Race Stevens. Also surviving are his nieces, Lori Stevens and Stephanie (James) Banaszynski; and grandnephews, Preston, Spencer, and Simon. A graveside committal service will be held on Monday, September 14, 2020, at 2:15 PM in Allouez Catholic Cemetery led by Deacon Bob Ellis. Due to current health conditions, please wear a mask and bring a lawn chair if you desire. Malcore (East) Funeral Home is serving the family with local arrangements.

The family of Daniel Bruce Stevens created this Life Tributes page to make it easy to share your memories.

Send flowers to the Stevens family.