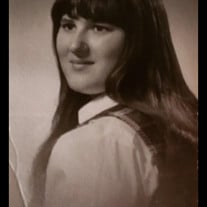 Coleen Elizabeth Moen age 68 of Kewaunee, Wisconsin died Monday, March 14th, 2022 in Green Bay Surrounded by family. She was born March 15, 1953 in Cedar rapids, Iowa the daughter of Dean and Edith Keele. Friends and family know Coleen as Coco. Coco moved to Wisconsin in 1958 with her family and settled in Albany,WI. Coco graduated from Albany high school in 1971 and shortly met and married Harlan Moen Jr. of Suamico on January 25th,1972. Coco enjoyed the simple things in life. She enjoyed spending time with her children and grandchildren and seeing her family all together. Coco was an avid Greenbay Packer fan and was known to yell louder than anyone else in the house while a game was on. Coco also enjoyed her dog and spoiled him as much as she would her grandchildren and great grandchildren. She was the type of person that was hard to forget, she was hard working and family oriented, and could bring a smile to anyone's face. She is survived by her husband Harlan Moen of Kewaunee, Wi, her daughter Jennifer Moen of Kewaunee,WI, her sons Tony Moen of Hutchinson, MN, Brian Moen ( special friend Amanda Fournier) of Lakewood,WI. She is also survived by her grandchildren Russell, Deena and Steven Garcia, honorary granddaughter Cami Holmes,Johnathon, Austin, Mathew and Jordan Moen. Great granddaughters Morgan, Luna and Great grandson Mason. She is survived by her Siblings Bruce Keele, Kathy (Terry) Kennedy, Chris Laird, Joel Keele, Ken (Linda) Keele, Loren (Julie) Keele, Tim Keele, Faith Keele. Also survived by her in laws Sherry (Ted) Pappas, Linda (Joe) Heiser, Mike Moen, Hank (Cindy) Moen, Ron (Teri) Moen, Tom (Mary) Moen. She is also survived by “too many to count” nieces and nephews. She is preceded in death by her Mother and Father Edith and Dean Keele, her brother, Robert (Sharon) Laird, her in laws Harlan (Dorthy) Moen and brother in law John Moen Sr. A celebration of life will be held at Heritage Farm 2251 State Highway 42 Kewaunee, WI, 54216, Saturday May 14th from 12 PM (Noon) to 6 PM.

The family of Coleen Moen created this Life Tributes page to make it easy to share your memories.

Send flowers to the Moen family.